To tell whether or not your chimney needs repair, you might look at the outside of the chimney. And indeed, there are problems like chipping mortar and missing bricks that suggest your chimney may not be in the best repair. However, you should also pay attention to the inside of your chimney and what's happening around it and your fireplace. There are key internal signs, like the following, that also indicate a need for chimney repair services.

Chips of ceramic in the fireplace

When homeowners see rust on their damper or on other metal fireplace parts, they often assume it's because of an issue with the fireplace or damper. Some assume it's just a normal part of aging. But often, such rusting is actually brought on by small water leaks into the chimney. The water comes into contact with the metal, causing it to rust over time. Have a chimney repair expert come do an inspection if you have a rusty chimney.

Discoloration on the floor

Look at the floor in front of the fireplace. Your fireplace should be built in a way that protects this floor from heat. If the floor is starting to show signs of discoloration, then that means the area around the fireplace is either getting hotter than it should, or it is experiencing more smoke than it should. In either case, this could mean your chimney has a leak or it is blocked by a foreign item, such as a bird's nest. Have it looked at soon, or you may end up with actual smoke billowing into the space.

Sometimes, you have to look at the inside of the home to detect issues outside of the home. Such is the case when it comes to chimneys. Keep an eye on your fireplace and its surroundings; they can tell you a lot about how your chimney is performing.

Read in about 2 Minutes 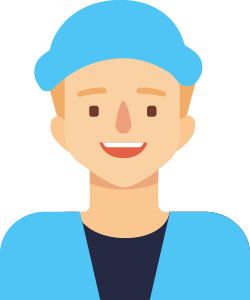 How would you describe the work that contractors do? After talking with many contractors over the years, while also observing their work, we have come to our own answer to this question. We'd describe contractors as people who bring creations to life. They take building plans, or sometimes even just vague building ideas, and they make those ideas into concrete, physical items that you can touch, feel, and enjoy. Of course, that's one of the many insights we've gained into the industry over the years. We'll share more of them on this blog, so we encourage you to read it.